Do you know the needle method of computer embroidery?

Steil stitch is a very narrow back and forth stitching. It may appear as a thin line in a sketch, either straight or curved. Because the cut edge after the narrow stitch is relatively strong, it is often used for hemming. When the steil stitch is tilted, the number of needles needed is less, which is often used in flower stem and other designs.

Blatt stitch is a kind of wider narrow stitch. The width is usually more than 1/8. It is often densely filled in an area with a wide narrow needle, a leaf, a point or a part of a pattern, but only one stitch in width. For these larger needles, the embroidered parts are taut at first and will become looser later. Embroidered embroideries often have a certain color and luster, often used to decorate clothes or as ornaments. 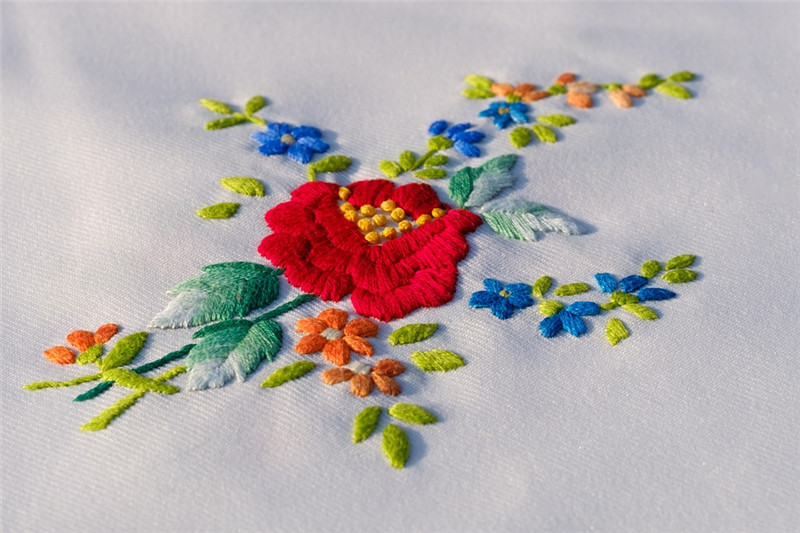 Running stitch is an arbitrary form of acupuncture. It does not consider the direction, nor show the effect of steil stitch and blatt stitch. It can only see the line, and the width is only the width of the line used. The seam on a suit or shirt is a running stitch. A running stitch can be used for shadows, backgrounds or other effects. When embroidering light or heavy fabrics with rough threads, the effect of running stitch is very good. Because it can design light and smooth patterns.

Underlay is a kind of travel invisible in finished embroidery products. Some underlays go all the way to the edge of the pattern or connect the parts of the pattern into a whole during the process of printing. The underlay plays an important role in creating a three-dimensional effect. When patterning laces, sometimes there are more stitches than the upper stitches. Depending on the network structure of the lower thread, the upper stitches can form an overall pattern. Underlays need to be applied when embroidering badges. They play a role in reinforcing edges, establishing contours and "carving" patterns on the base fabric. The underlay can also fix the embroidery pattern on the fabric.

French dots can be formed with at least 5 single needle threads. It is to place the 5 lines on crisscross to form an embroidery with a certain thickness, which looks like a protrusion. The more stitches there are, the more convex this point becomes. To create a loft effect when embroidering laces, small french points and slightly larger points are often superimposed. These points are usually odd-numbered so that the starting and ending points can fall on the same point. French dots work well on medium weight fabrics and lace. 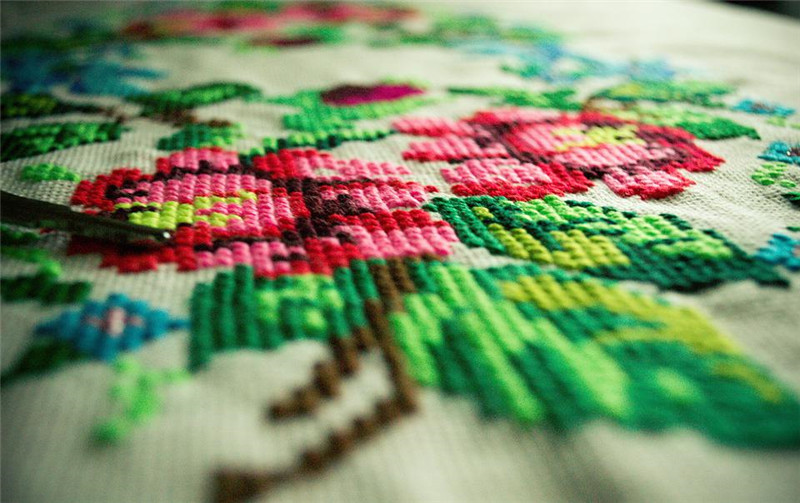 Bean stitch is to use a needle to walk back and forth in any selected direction, and the last needle directly returns to its starting point through its own top. The more stitches, the stronger the three-dimensional effect. In the design, they are often connected together to form various patterns and create various embroidery effects.

The cross stitch is a regular movement of bean needles. Several rows form an X shape or form a cross geometric pattern inside a square. This kind of embroidery effect is very popular in women's shirts and is often used to imitate the peasant style embroidery style.

French knot usually starts with a small dot in the center of the knot, which is half the size of the knot. The bean needle around it produces a raised effect, like a button. The starting point and the ending point must be at the same point, otherwise a harmonious pattern cannot be formed. French knots are best on medium weight fabrics.