Elsa schaparelli was the first designer to use shoulder pads to create iconic silhouettes in the 1930s. She widened the shoulders of women through shoulder pads, thus reducing the visual proportion of hips, thereby changing the traditional body contour and symbolic meaning of women.

Of course that is also in line with the needs of the times. It was a chaotic world before and after World War II. The war gave women responsibility and work like men. Women's responsibilities shift from changing diapers to building planes, and they took off tight dresses and put on men's shirts. And shoulder pads make them look like men.

In the 1940s, Hollywood star Joan Crawford made shoulder pads more popular because they balanced her tall body and made her look more glorious. 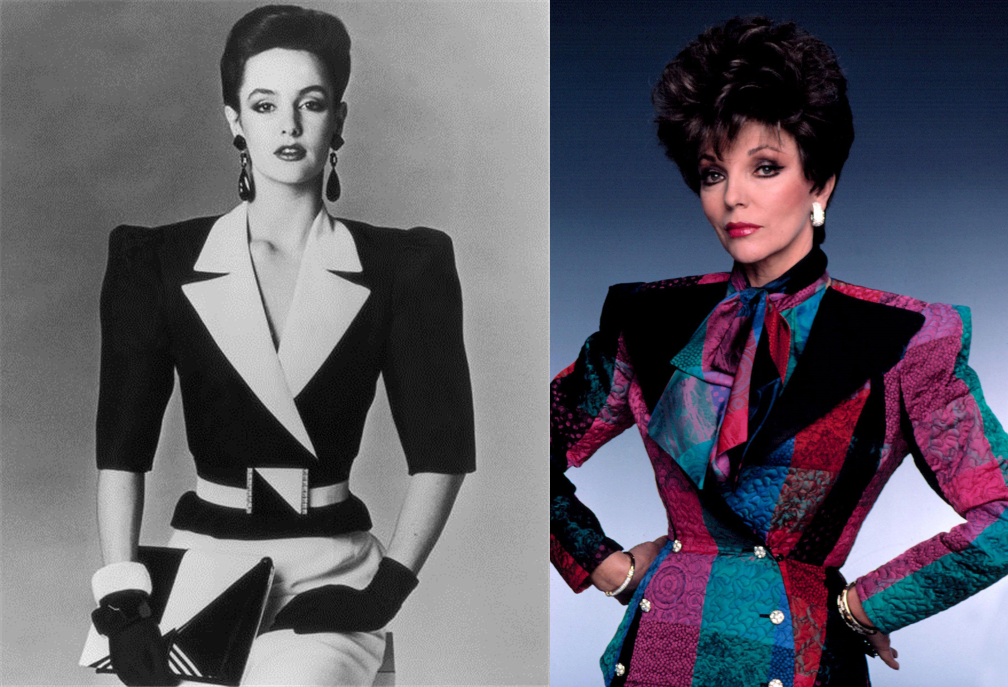 And female power figures such as Margaret Thatcher, Princess Diana, and Nancy Reagan also played an important role in them, they evolved shoulder pads into Symbol of power and status.
Professional women in the 1980s were in a similar situation to women in the 1940s, so thick shoulder pads appeared on suits because they believed that extended shoulder lines and hard shoulder angles could elevate women to the same level as men in the workplace.

Making shoulder pads more popular is related to the 1980s TV series “Dynasty”, with more than 2.5 million TV viewers, making shoulder pads a necessity to cover all clothes. A clever girl even figured out a wonderful way to buckle two large pads directly to the bra strap.

Since the fall and winter of 2008, shoulder pads have once again appeared in a strong posture. Stars rushed to wear thick shoulder pads to show their fashion attitude.

From Victoria Beckham's vintage dress, Rumer Willis' coat to Sarah Jessica Parker's gown, especially Victoria · Beckham, the frequent shoulder padding on her seems to indicate that she is quite intoxicated with this image.

It ’s been almost 20 years since the last large-scale popularization of shoulder pads. The return of shoulder pads seems to be closely related to the “Sex and the City”, which has been popular since the 21st century. In the film, Samantha·Jones wore an inverted triangle silhouette perfect interpretation of the 1980s; while the new generation idol Agyness Deyn's shoulder pads are more punk.

For more information about the clothing accessories industry, please follow the “Notionsland”.