The Only Sewing Machine Artist In The World

Do you remember the sewing machine? As we all know, sewing machine is an indispensable tool for making clothes. Since it was invented in the 18th century, it has always been the good assistant for people to make clothes. Even with the popularization of various machines nowadays, the sewing machine still plays its role.

Perhaps no one will associate the sewing machine with painting. After all, the two are simply unrelated. But in India, a man used a sewing machine as a paintbrush to draw, and achieved considerable success. The Indian man's name is Arun Kumar Bajaj. 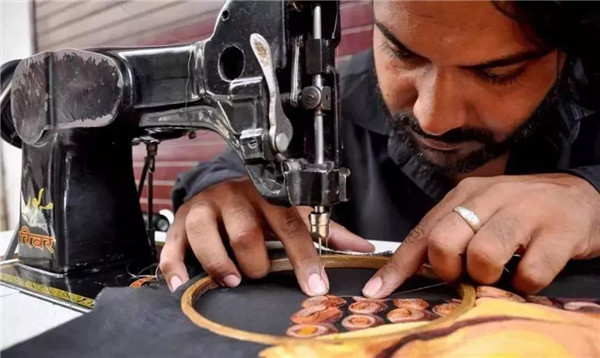 According to the reporter's interview with him, Arun has been very fond of painting since childhood. But his family was relatively poor, he didn't have a set of his own brushes, and he didn't have the conditions to learn to paint. He could only use some simple tools to ponder on paper in his spare time.

His father died early because of his poor health. In order to support his family, Arun inherited his father's small tailor shop. Although it was forced by life and Arun could not learn to draw systematically, but his dream in his heart did not die. He didn't want to be a tailor all his life. Later, Arun inadvertently derived the idea of using sewing machine to draw.  Even if he didn't have a brush, he still has a sewing machine. Take embroidery thread as pigment and embroidery needles as brush. Life oppressed him, but he opened up a unique way of painting. He combines art with sewing machines. From then on, he embarked on this unique painting road. Although the original works are not very lifelike, they give him encouragement. Let him take this road firmly. Gradually, his paintings are getting better and better, more and more real, more and more delicate, at a glance it looks like an oil painting. Each of Aaron's works has poured his countless efforts.

In fact, Arun's technology is strictly a kind of embroidery. But compared with embroidery, Arun's patterns made by sewing machine are more delicate, basically without any gap. And it looks no different from oil painting from a distance. He become the only recognized sewing machine artist in the world. Although Arun's paintings are lifelike, the effort behind them is considerable. Because his old sewing machine can only use one color of sewing thread at a time. In order to enrich the color of the work, Arun needs to constantly change the sewing mahcine accessories, which is a huge work. And when painting with sewing machine, Arun has done a lot of work in order to show the conversion and matching of light and shadow colors. 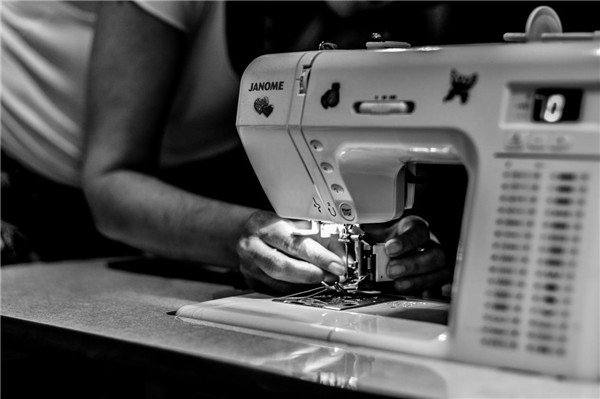 Arun's work has also been sought after in India and around the world, and his talent has finally been recognized. Each of Arun's works takes months or even years. Today, Arun also really enjoys what he is doing. Although he failed to pick up the brush and became a painter in the traditional sense, Arun, who has to take action in order to realize his dream, deserves our admiration.