Throughout the latest magazines, shoulder pads fashion trend is back again. The inevitable women’s clothes shoulder pads in the history were originally used by men. In the 17th century, king George I of England was handsome, but his shoulders were his only fault.

As a king, George felt that his shoulder should not weaken him. So for that, he ordered a pair of artificial shoulders sewn on the underwear, the earliest shoulder pad was born.

In the 1930s, a great designer, Elsa Schiaparelli, first incorporated shoulder pads into women's clothing. Elsa Schiaparelli was a designer in the early 20th century who was as famous as Coco Chanel but more artistic than Chanel. Coco Chanel praised her as “the designer of Italian  who plays art”.

Elsa Schiaparelli widens a woman's shoulders with shoulder pads, thereby reducing the proportion of her hips and creating an inverted triangle for her overall shape. Influenced by the feminist movement, women began to abandon the s-shaped silhouette and the imperial the design of high waist from the 1920s, so the shoulder pads for women’s clothing  were very popular with women. 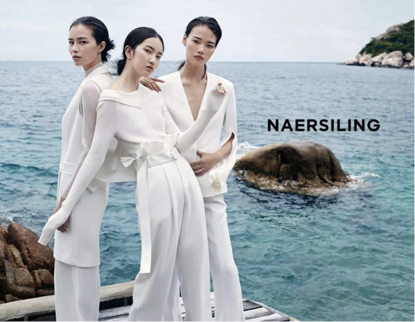 Although the fashion house of Elsa Schiaparelli's eventually went out of business due to various problems, her designs still make sense. Since then, shoulder pads, which allowed women to be filled with powerful symbols, have become one of the hallmarks of feminism. In this period of great upheaval, feminism has also set a flag in the free world. In the workers' movement before the first world war, the women cried out that we wanted both bread and roses. Women in this period had to take on men's work and women moved out of the kitchen and home. What is more, they had more freedom of choice and they believed that they could be as good as men.

Women in the 1970s were similar to these in the 1930s, for that they still wanted the same thing: equality. Also, they are asking for more, which means equality for men and women in all social aspects. In the 1970s and 1980s, more and more women entered the workplace and occupied leading positions in the media in governments, enterprises and schools. Women with higher aspirations still wear shoulder pads.

First, the image of wide shoulders and narrow waist can convey the competence of professional women. Second, shoulder pads seem to have become a hint, the existence of a wide line of the shoulder is a symbol of ability to work against men.

Now, with Demna Gvasalia, Jil Sander and up-and-coming designer Simon Porte Jacquemus recreating and innovating them, the shoulder pads are making a comeback in the fashion world. At New York fashion week spring/summer 2019, brands are still using shoulder pads to highlight their retro looks and a strong sense of professionalism.

Shoulder pads, a retro element in today's society, have little to do with feminism. It's more of an essential element for the theme of the retro design.